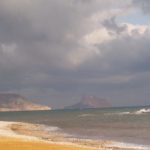 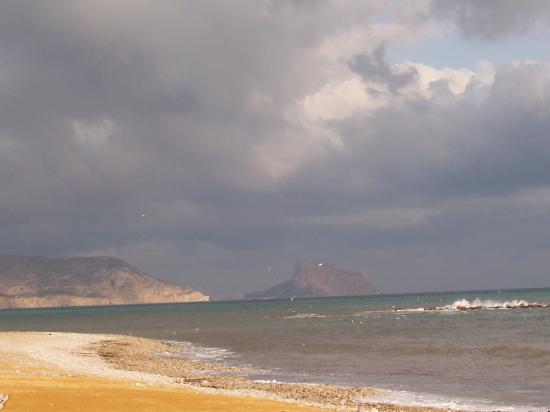 Thursday, October 25. Another night where I woke up at about 4:00 in the morning, this time the culprit was a mosquito, then I couldn’t get back to sleep until about 6:00, so I got another hour and ½ in before having to help Sylvie set up for her yoga/Somatics class starting at 8:00. The Sylvie’s class is different from regular yoga, but does have the same kind of breathing; she’s much more cognizant of how the body moves correctly into the different postures. So in a sense there’s less movement but almost more intentional practice. And then our training retreat began. What a huge group! Pushing the limits of being able to work in a circle. But we have another beautiful group. The sharing they did at the beginning, with everyone going around the circle was wonderful and moving. By the end the group started to feel very close. Because of how big the group was, that took the full morning. Then we took our afternoon retreat break. A lot of people went to the beach. I felt like being off by myself to get my head clear, so I took a walk along the beach, then jumped into the bathtub and took a little nap. We met again from 6:00-8:00 PM and did our first deep listening explanation and activity, which seemed to go very well. What I’ve noticed with a large group is that everything takes longer than usual so it’s tough to fit everything in that we wanted to do. Then dinner time and, for me, too bed. Good start to the training.

Friday, October 26. I found out that my Boston Red Sox are up two games to none in the World Series. That warms my heart, even though it hurts not to be able to see the games. I saw parts of the last one on a website replay. In our morning group circle it felt pretty nice but some people got into their heads too much. When we came back from a break, though, we got into the simplicity of the Three Principles and what it means for people’s lives, and that was a beautiful discussion with a great feeling. During the afternoon retreat break I decided again to take a walk by myself up to the lighthouse again. For some reason this time so far I’ve needed to get away from people to clear my head. The evening deep listening session was very powerful; some people had major insights and others saw what deep listening really was for the first time. This evening Lise did her fantastic singing workshop, and the transformation in the three of the people who bravely got up to sing was truly something to behold, as they all found their voice and got out of their own way. It’s such a beautiful illustration of what we were talking about today of how creation of illusion innocently gets in the way of experiencing one’s true essence.

Saturday, October 27. The Red Sox last in the 18th inning. A baseball game is too long as it is at 9 innings. The training day started off with Gabriela mimicking me over how I plan for trainings. It was really funny. Really great day of training, which culminated in Gabriela doing a beautiful demonstration coaching session with Sue that really helped her. I’ve been seeing coaching/counseling and what were trying to accomplish with it in really a much more simple way, which I shared with the group. At first it was difficult for Gabriela to grasp what I was talking about, but then she really took to it, and even stole my thunder about it and kept talking to the group about it even before I was ready to bring it up, which I thought was really funny. Generally, it’s about The What of the Three Principles vs. the How of the Three Principles. I won’t say anything more about that here, but it’s really helped people. That night we all went out to eat at the Japanese/Asian restaurant where everyone orders but when food comes it’s like a free-for-all, which was really fun as usual. But on the way those of us who were walking were absolutely pelted by rain, as a huge thunderstorm hit just as we were walking out. We got absolutely soaked and had to hail down a taxi. When I got back I was still soaked and even though it was late I jumped into the bathtub to get my pH balance back in shape and so I wouldn’t get sick, because it also got chilly.