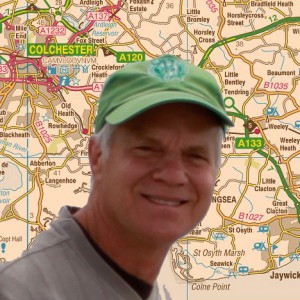 I had an absolutely delightful day today at the “Space for Connection” meet up group in Colchester England, hosted by Sue Pankiewicz, with help from Sheela Masand and Katja Symons.

The room was full of around 20 lovely people, all informally sharing their personal experience of understanding the three principles and sharing it with others. The feeling in the room was beautiful. I mostly just sat and listened, throwing in my two cents every once in a while.

I’ll tell you, with more and more people picking this up and the numbers beginning to rise exponentially as they share it with others, I believe there is hope for the world. It may take a while, but I got the feeling that it could actually happen, probably not in my lifetime, but eventually.

And, to top it off, an exciting thing happened for me, personally. A fellow from Greece who attended, named Mick Tomlinson, invited me to teach in Greece. I gladly accepted—Greece has always been on my bucket list—but I didn’t take it all that seriously until I heard him announce to the whole group that I would be teaching for him in Greece next year. So I am now going one further by announcing the certainty of it over the Internet. It will probably happen sometime next year around the end of April/early May or the end of June, and the subject will be something under the heading of Deepening Grounding and applying the understanding of the three principles to all aspects of life.

And, oh, by the way, I slept really well last night. The second night is usually the hardest for me, as my body is trying to figure out what is going on 5 time zones later, so we’ll see what happens tonight. And tomorrow I do my first training of my trip, to at least part of this same group.