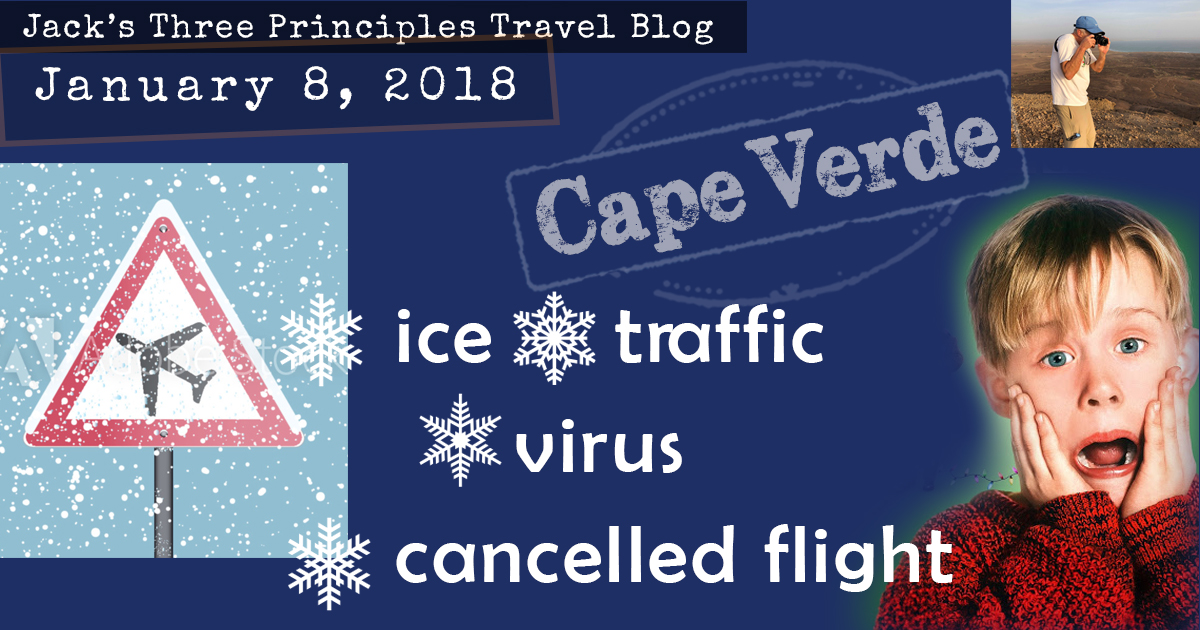 The problems began almost immediately when the night before I began to feel a bad cold or virus coming on. I did not feel good at all. People in the family picked it up in California and brought it back, and now just before leaving on my trip, I got it. Bad timing!  That morning I heard my first flight might be cancelled due to inclement weather in Newark, New Jersey. A few hours later it was in fact cancelled. Jamal’s day off! But they have an emergency number. But the emergency number connect me to his office, where a nice man tried to help me through the mess, and it wasn’t easy, finally finding a way to put on another flight leaving 2 ½ hours away in Washington DC. I had to drive there, and didn’t have much time to spare. It was sprinkling rain, and now it was getting heavier. It had been freezing cold in Virginia and I saw ice form on the corner of the windshield. Being from Vermont I knew this was a sign of freezing rain. Sure enough, all the cars on the road began to slow down, including me, and I knew I was not going to make it to my connecting flight in DC. Even though I was almost half-way there, wisdom told me to turn around. I again called the travel agent. He worked really hard again to try to set me up with something else, but it would have to be tomorrow and would cost more money.

Luckily, for such a complicated trip, I had the foresight to get flight insurance. With an insurance claim we only would have to pay a little over $100 more out of pocket, but that was by continuing to use the return flight the way it was originally.